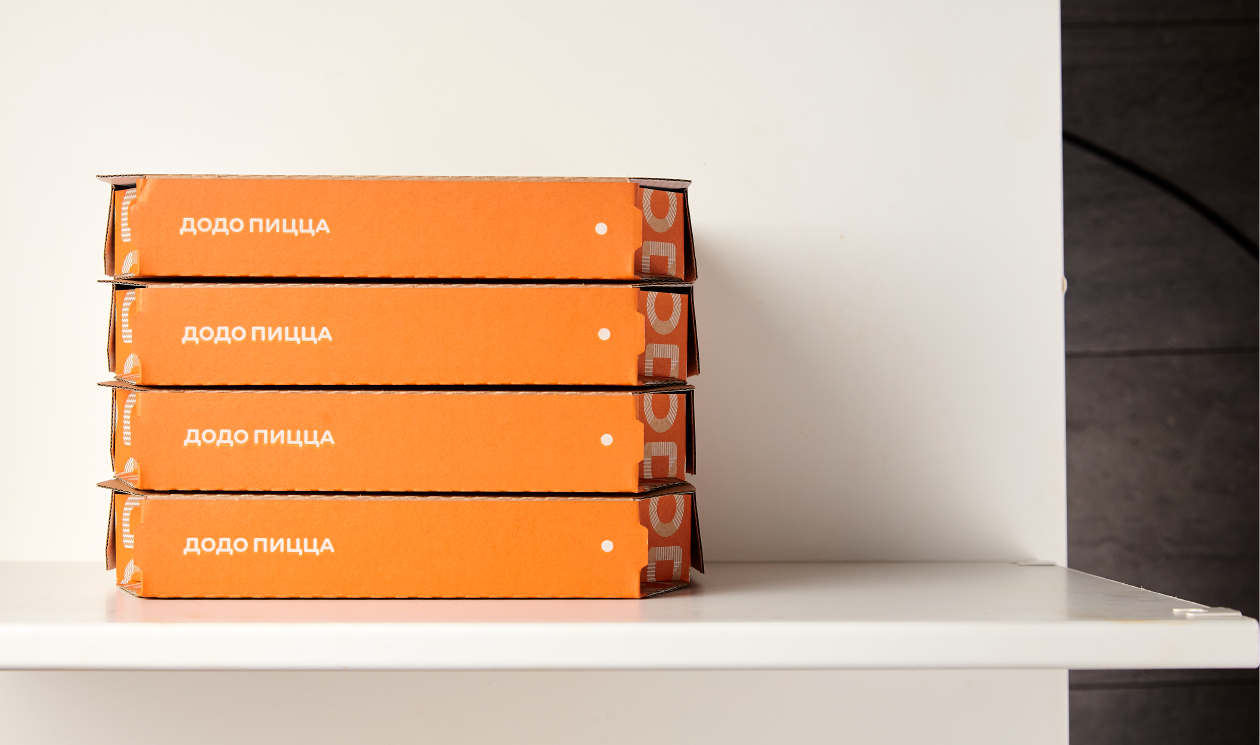 Dodo Pizza (in Russian “Додо Пицца”) is an IT-driven retail company that has set an ambitious goal: to build a global pizza chain using unorthodox management practices and the unprecedented transparency principle. By 2016 Dodo Pizza had become the biggest pizza chain in Russia in terms of quantity of pizzerias, leaving Domino’s and Papa John’s far behind, and today it comprises more than 240 pizza points (corporate and franchise).

The design department of the company gave us an ambitious task to develop a new logo for the company. Initially the key element of Dodo Pizza’s identity was its word mark—dodo. So we were to create lettering that would work well with this symbol. But we went beyond and also suggested ideas for the new identity of the brand. 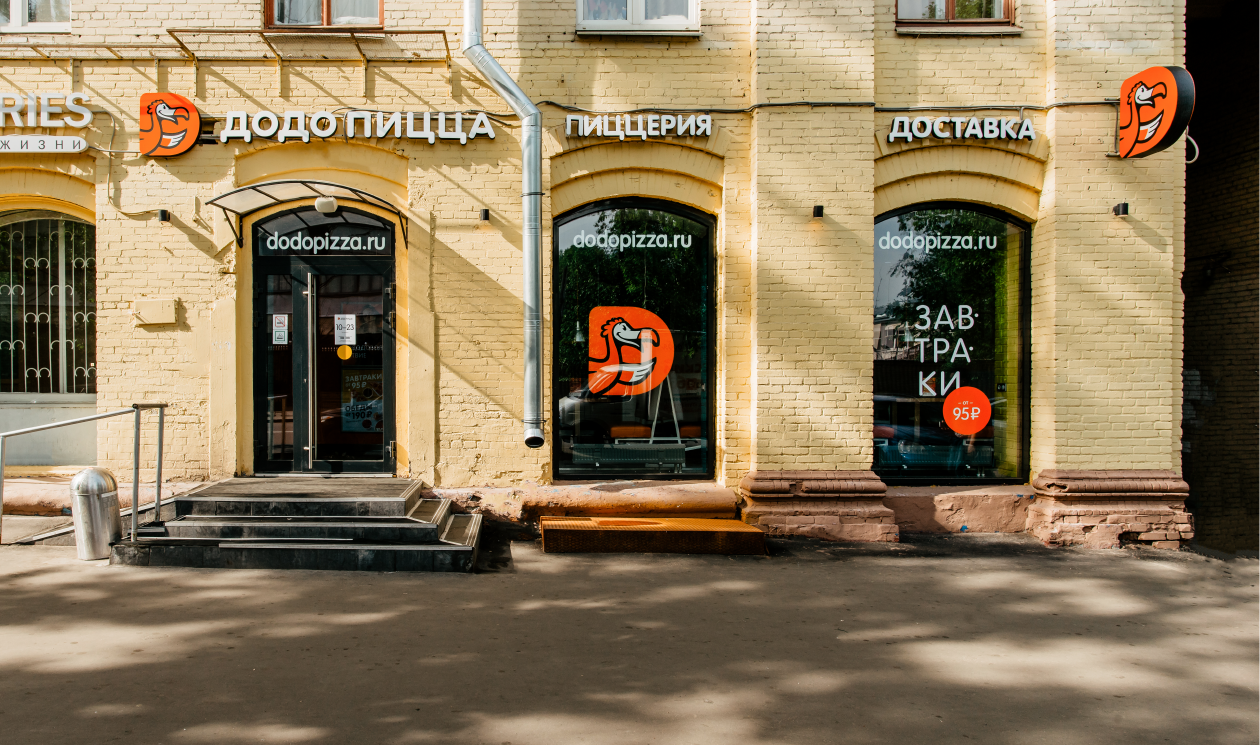 The client wanted the new logo to match their new status of a fast-growing company and look more serious and classy. Furthermore, they wanted the letters to have a personality, and they referred to our Chimera typeface as a catchy example.

Before coming to us, the company had already made a few unsuccessful redesign attempts: the initial dodo was way too detailed to be used in smaller sizes. Most of the times, the advice would be to get rid of the bird or to change it dramatically—none of which satisfied our client. So in the end they decided to keep the original dodo and just make some minor adjustments. At that point they were already using a simpler cropped version of it for the icons anyway.

The main problem was that the simplified symbol didn’t work well with the old letters and didn’t give the right impression of the brand. The Dodo Pizza’s design department tried to change the lettering on their own, integrating two lines into one—the repositioning, that subsequently transferred to the facades of the restaurants and, most importantly, revealed yet another issue. The old logo used to have a mix of lowercase and uppercase letters. In a two-line composition this didn’t stand out, but when put in one line, it immediately became an eyesore. The slanted letters felt too dynamic, wobbly and childish. 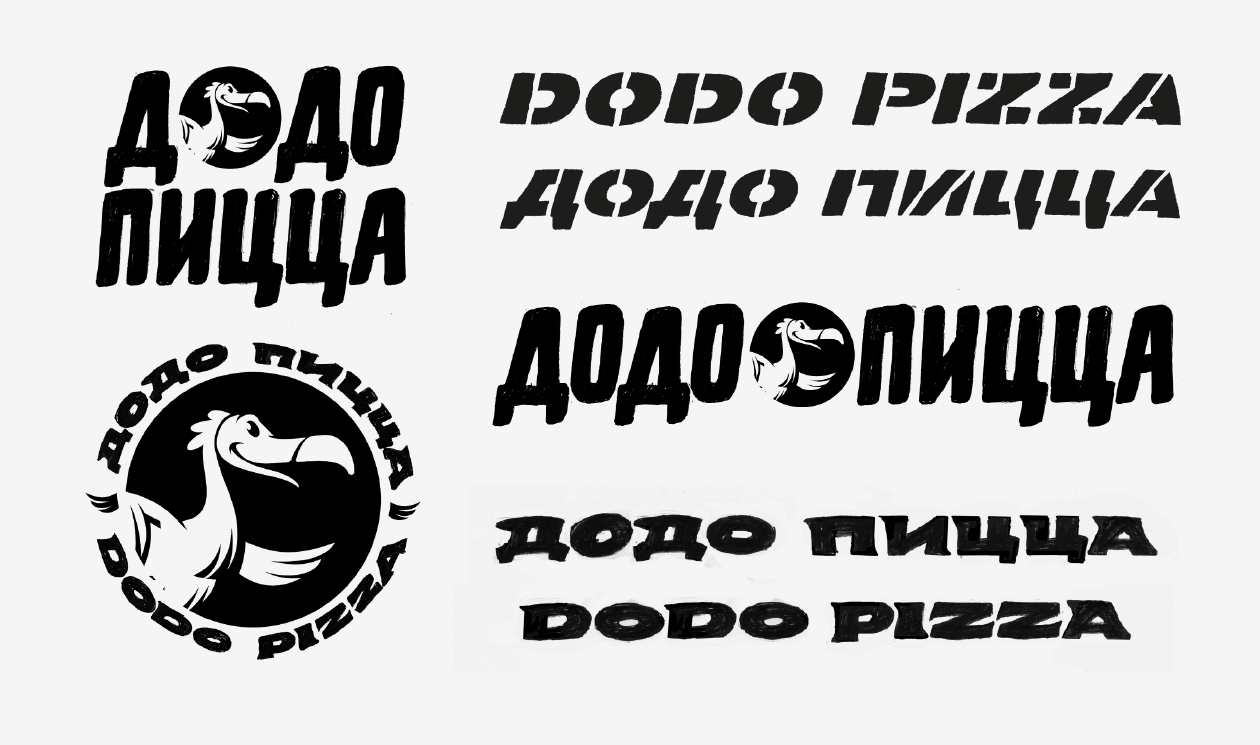 What the new logo was supposed to feel like

In our first proposal for the lettering we tried three directions. In the first one, we added asymmetric serifs to emphasize the dynamics and made the details more spiky, than rounded. In the second one we kept the slant from the original logo (as a symbol of the speed of the delivery), but gave it a touch of seriousness by removing the roundness. In the last one we made drastic changes in proportions, though keeping the slant and the roundness. This way it remained friendly, but gained a bit of seriousness.

Letters as key elements of the identity

In our second proposal we focused on trying out various constructions of the letters to find a personality: the original logo tried to counterfeit the Italic not being one. What would happen if we removed the childish roundness of the outlines, using Italic constructions—which are generally more rounded? This could be a good compromise for the new logo. Within the Italic we tried different versions of the Cyrillic д. We suggested going for a more unusual one with an ascender, which could become a new distinctive element of the identity. But the client was against  breaking away that far from the existing logo. 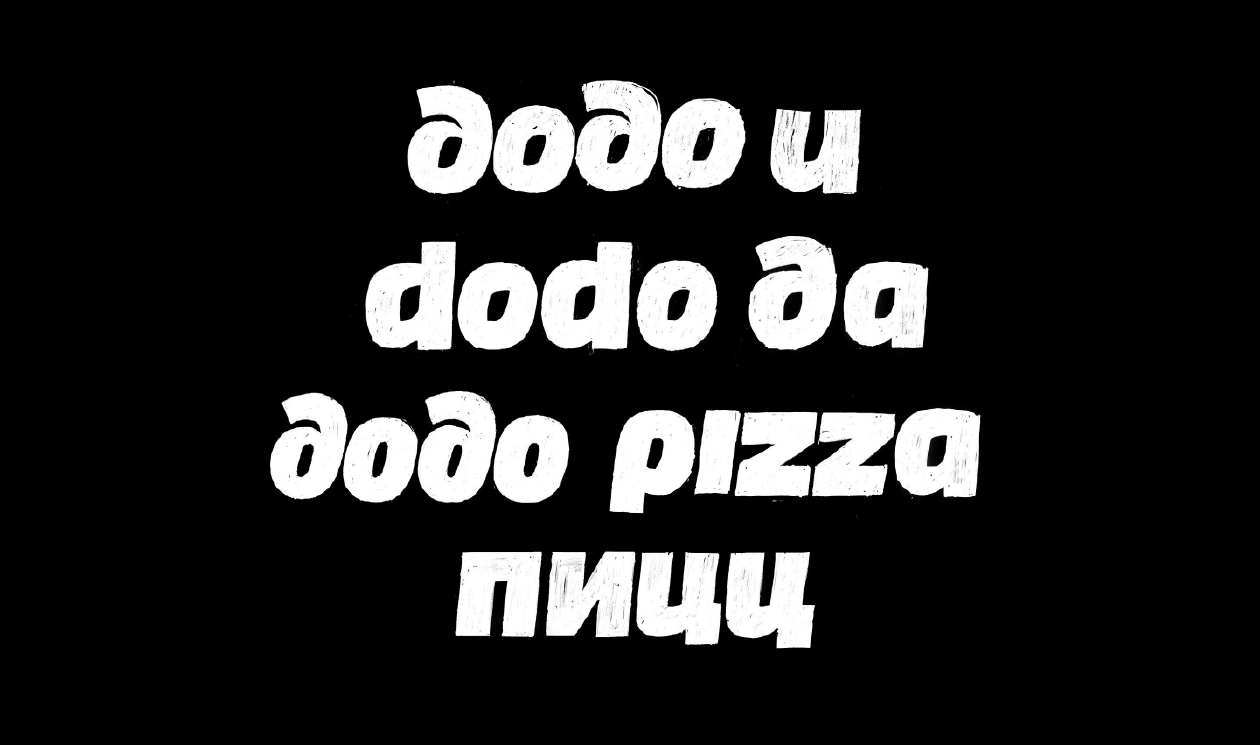 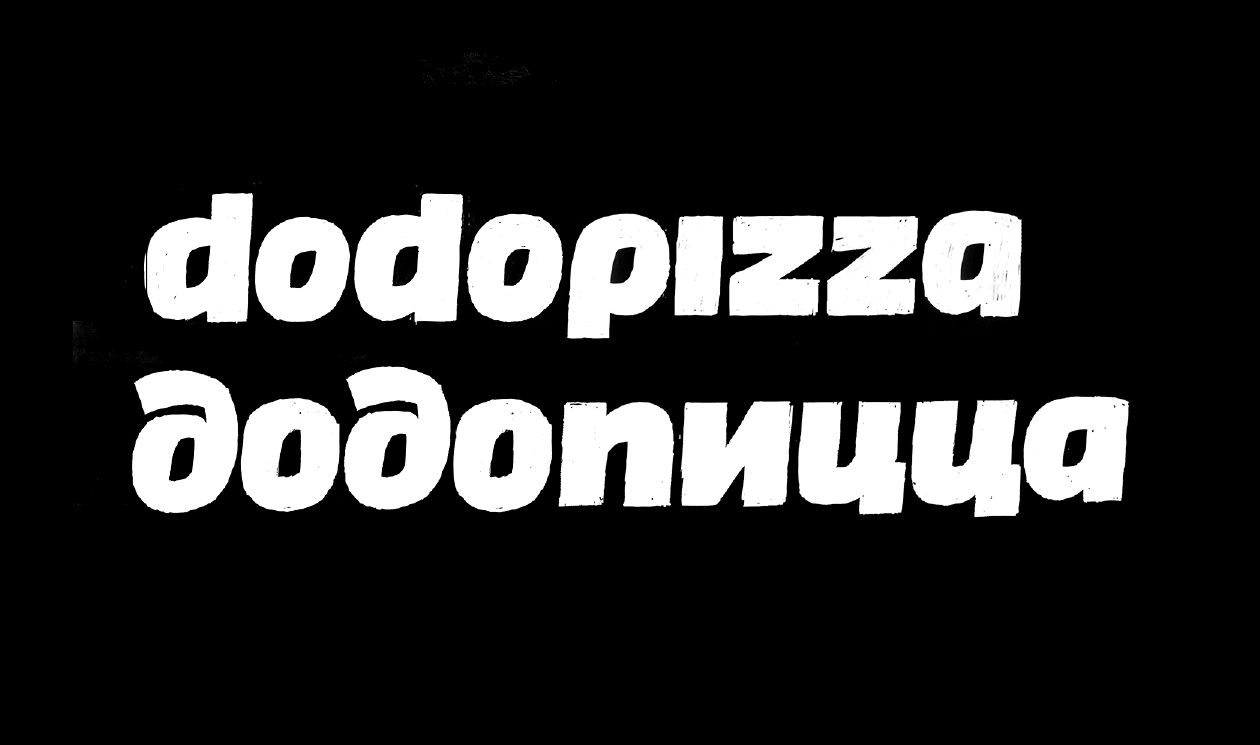 At this point we thought: what if we wouldn’t focus on the logo but more on creating a playful typographical identity around it instead? So we developed a new flexible idea allowing endless possibilities of using letter shapes. A bold round typeface became our main module, and this type of form is very easy to experiment with—you can use it as a pattern, as a frame, apply it to layers, etc. And for each new season or event you can create a new story that will still remain within the brand’s frame. You can change both the logo, and, for example, the style of the typeface or of the layering: on one hand, the letters will still be recognizable, on the other hand—they will already be trying to evolve into an image. And that’s when we finally got a definitive “YES” from the client! 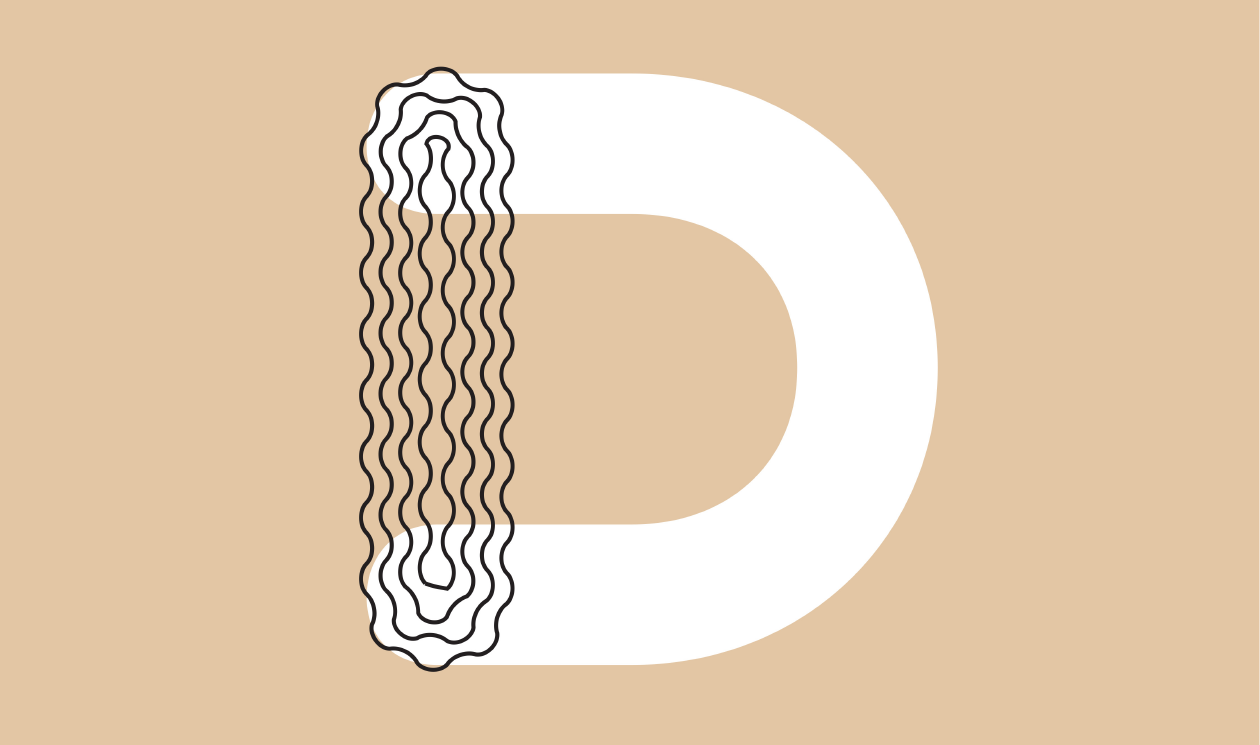 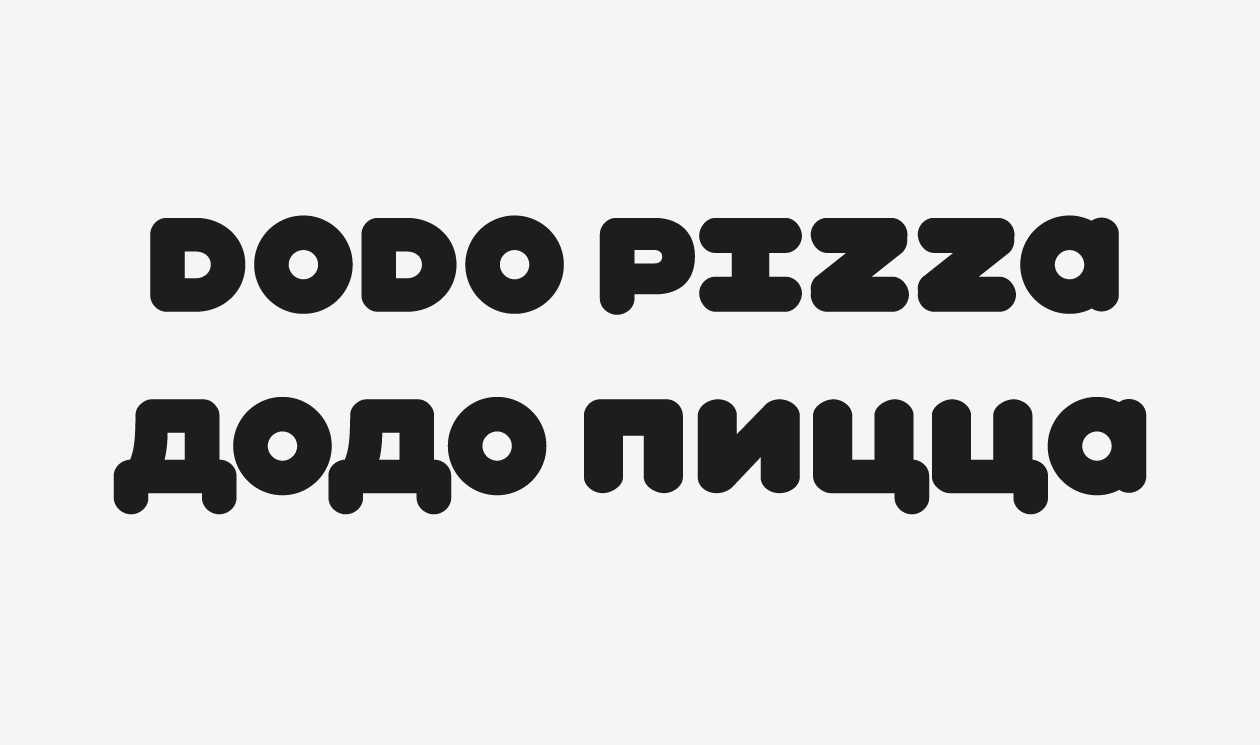 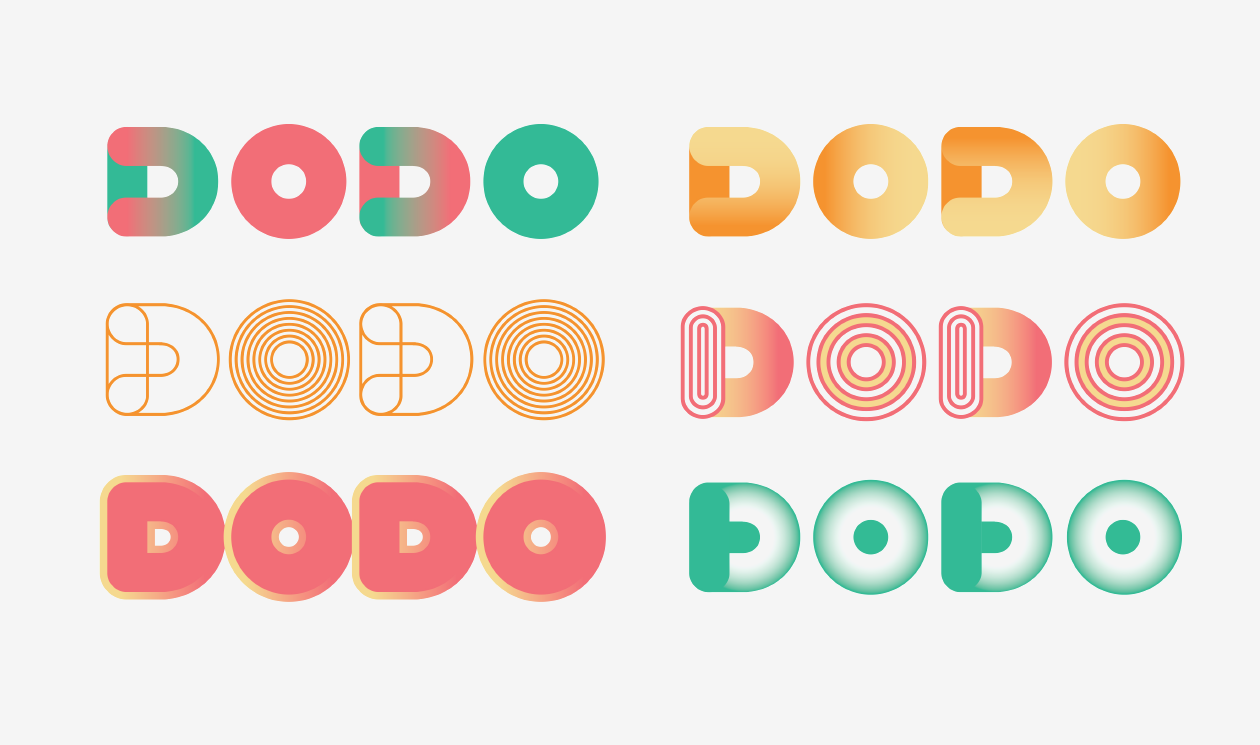 Our favourite was the bold funky lettering (see the image above). Still we had to admit that it didn’t work well together with the symbol (following image). After drawing the logo in both Light and Black we tried different combinations of them and chose the best one to fit in with the symbol.

The abbreviation DODO was very important for the branding. That’s why we have been debating a lot whether Cyrillic and Latin versions of the logo should be used separately or DODO should just be in Latin in both of them. At the end we convinced the client to have two versions of the logo, because mixing scripts is not cool. We chose the weight that works best with the symbol—the lightest. And as a result the lettering turned out neutral. Though we are hoping for more playfulness in the identity in the future. 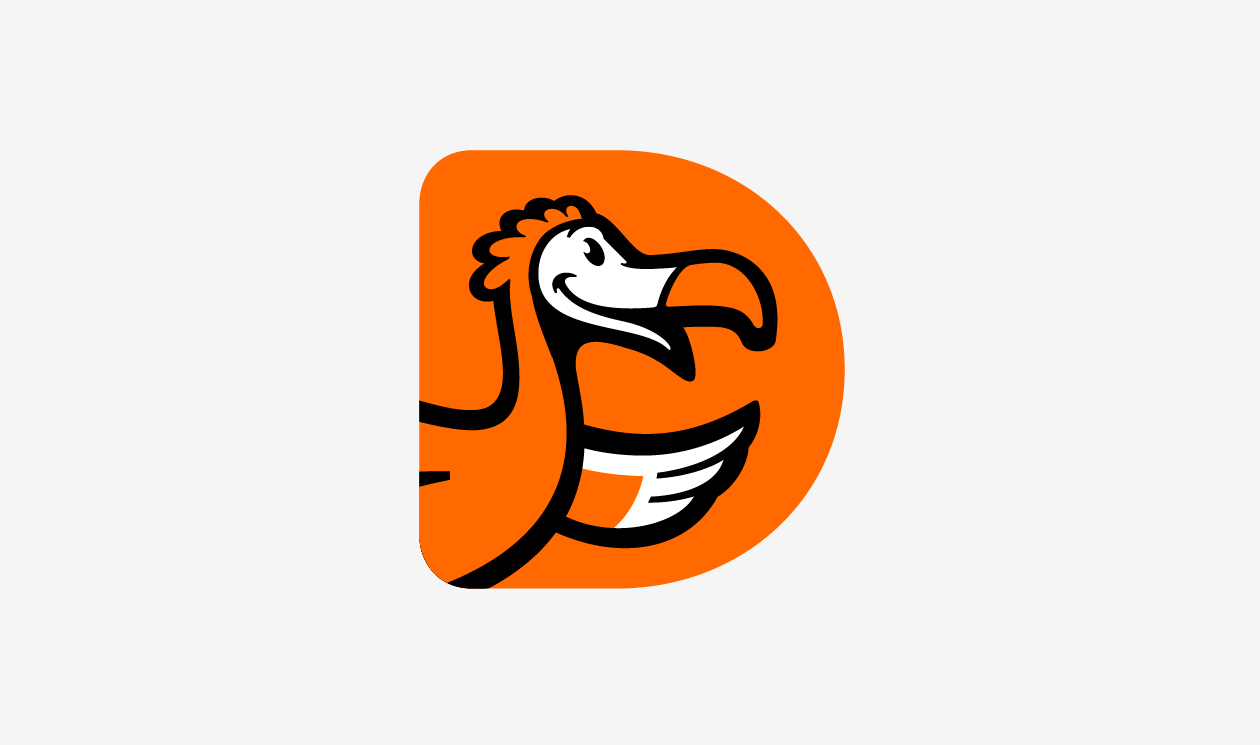 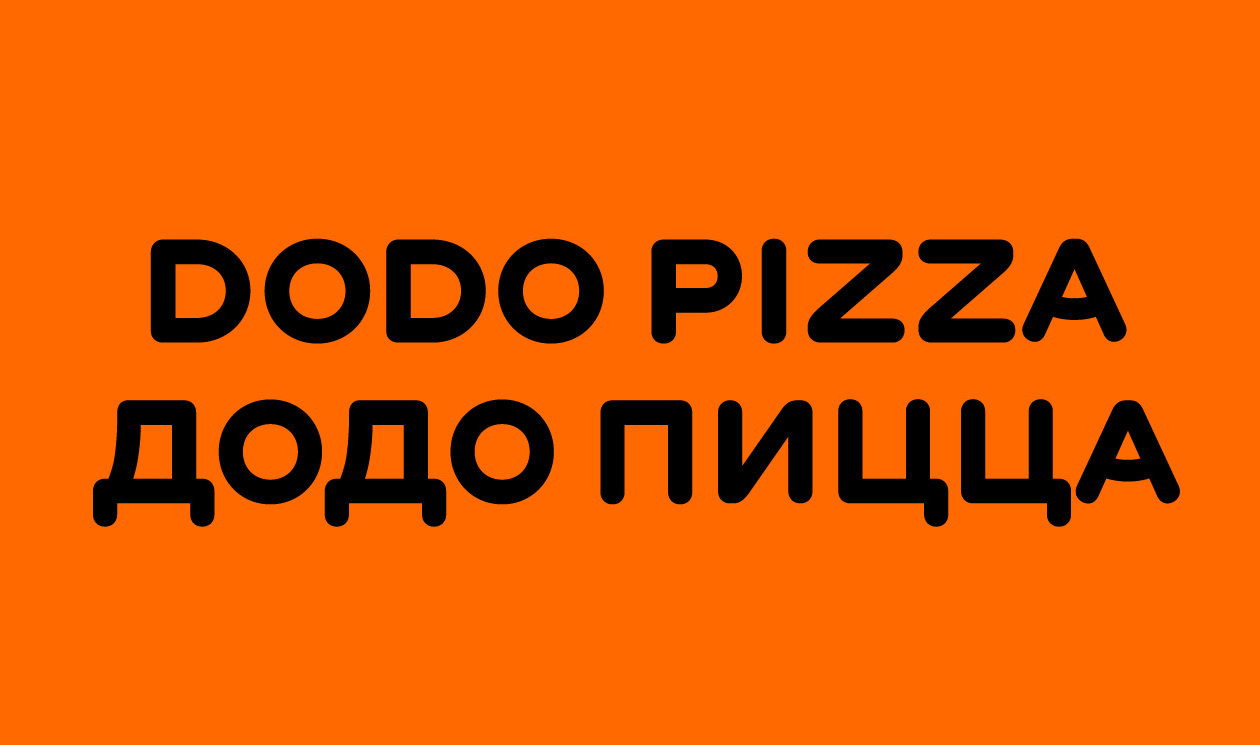