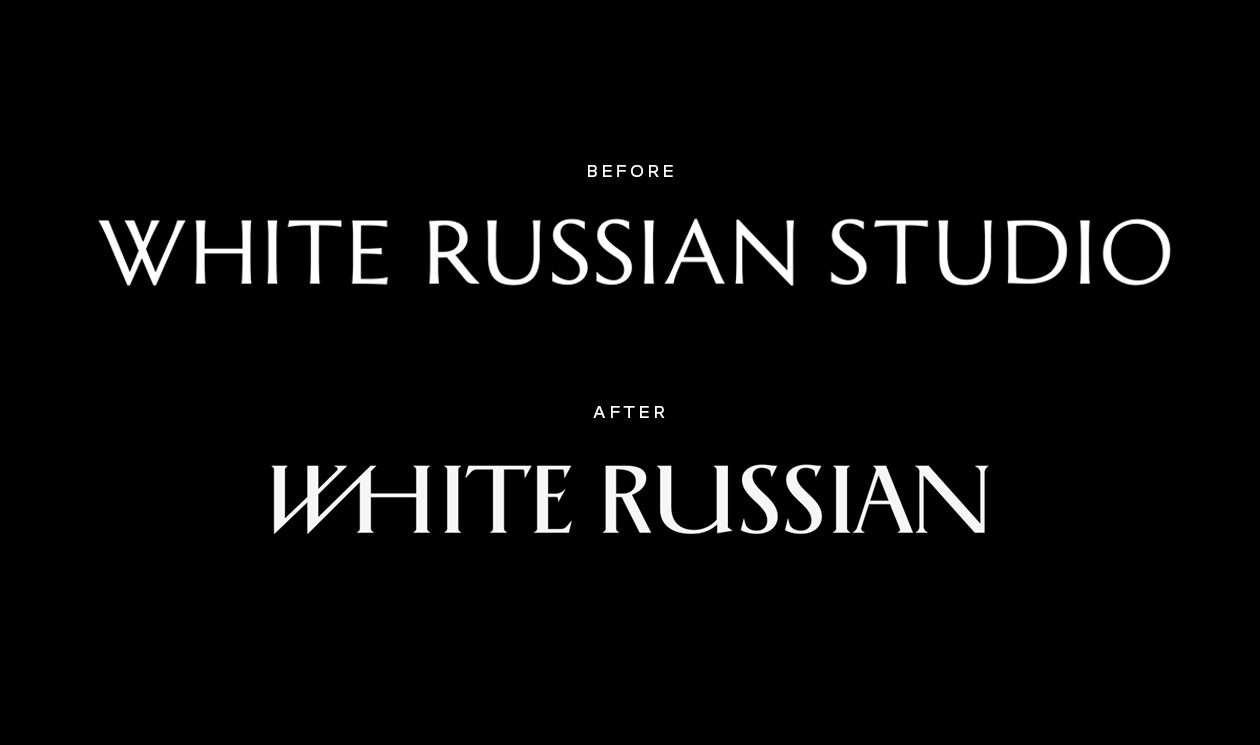 The most interesting projects are born across disciplines, when two teams come together to collaborate. In early 2018 we commissioned White Russian Studio to develop our website. They, in turn, asked us to rethink their logo. During the course of updating their visual style WR decided to get rid of the word “studio’ in it and replace the wordmark based on the existing font with a new unique lettering. And since the website is studio’s main channel of communication, the logo had to fit organically into its bold new visual concept.

Digital studios are often associated with minimalist sans serifs or geometric fonts. But none of that applies to White Russian. So we wanted to find a fresh image for the logo, to combine the classics and the experiment. And the WR supported this idea.

We started off working in two directions. First one developed based on the original flared stem logo. We’ve been searching for additional rhymes between the letters and paid special attention to the weight: the old logo didn’t look bold enough in the new layout of the website, so we decided to increase the weight of it.

Regarding the second direction, we shifted focus to the details, serifs to make them more distinctive. We were looking for a serif design with peculiarities. We wanted the new logo to be traditional and monumental, but at the same time have a digital glitch in it. So after making a couple of sketches, we turned to the historical source—Trajan’s column inscription. 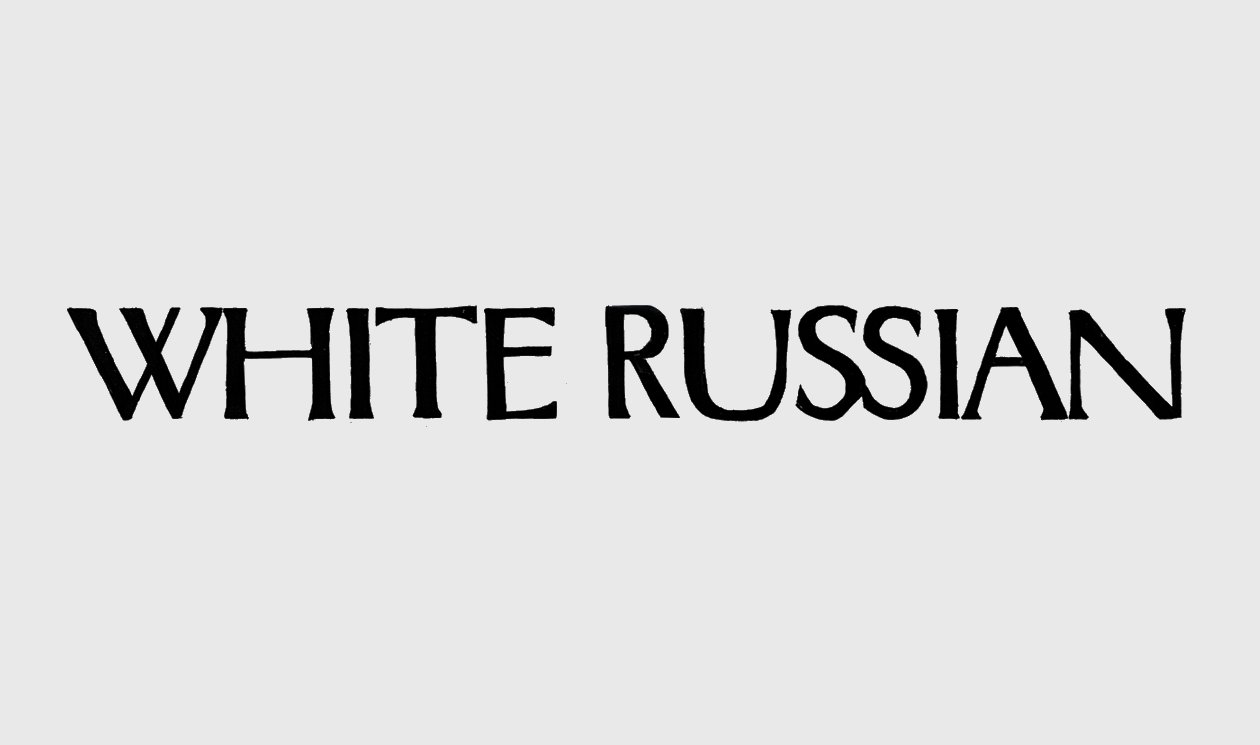 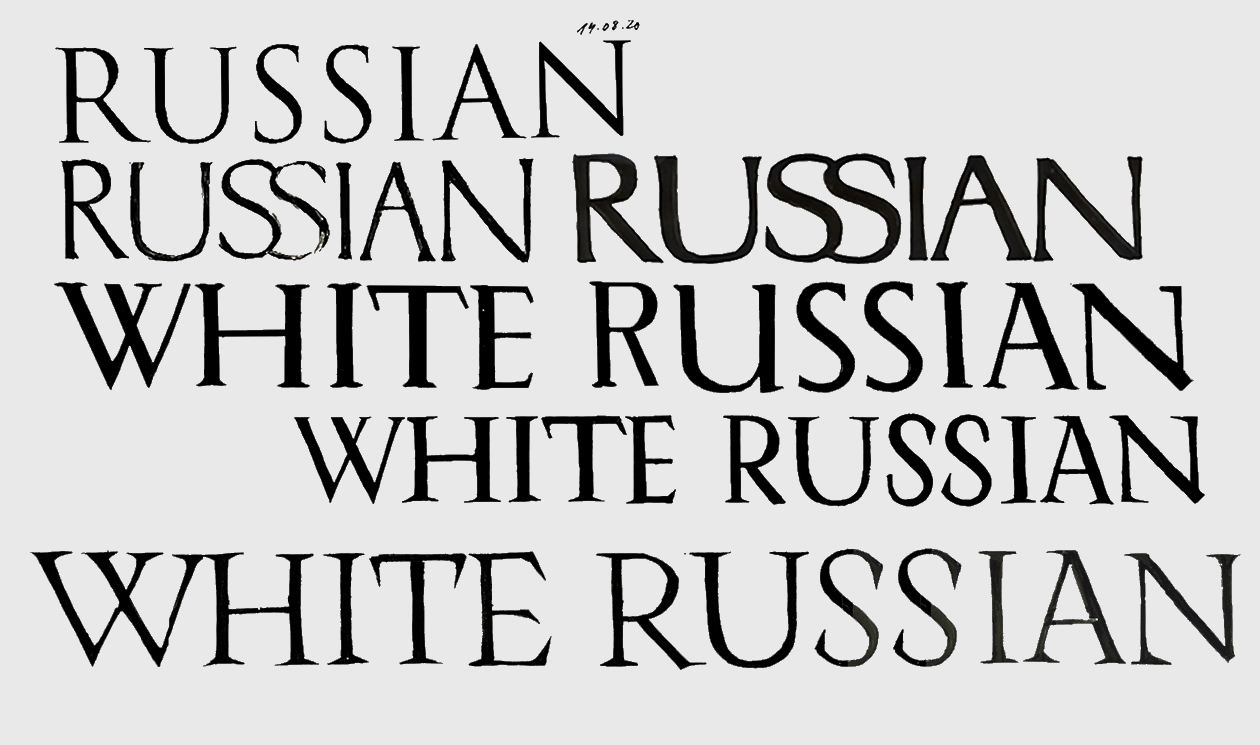 The idea of building upon classical Roman capitals gave us room to experiment with the rhythm of the lettering. Pushing off the widths of the letters we created an alternative version with wide W H U N and narrow E R S A, reinforcing the proportional principles of square writing. The inclined W made the wordmarkmore special, and also helped to even the white spaces on both sides of the logo, which simplified the positioning of the logo in the layouts. We emphasized the duality of analog and digital through the details—creating a contrast between the compact and sharp, yet traditional serifs and mechanical wide cropped ends in the letters W R N. The final logo was formed through the subsequent revisions of the details’ weight and letter spacing. 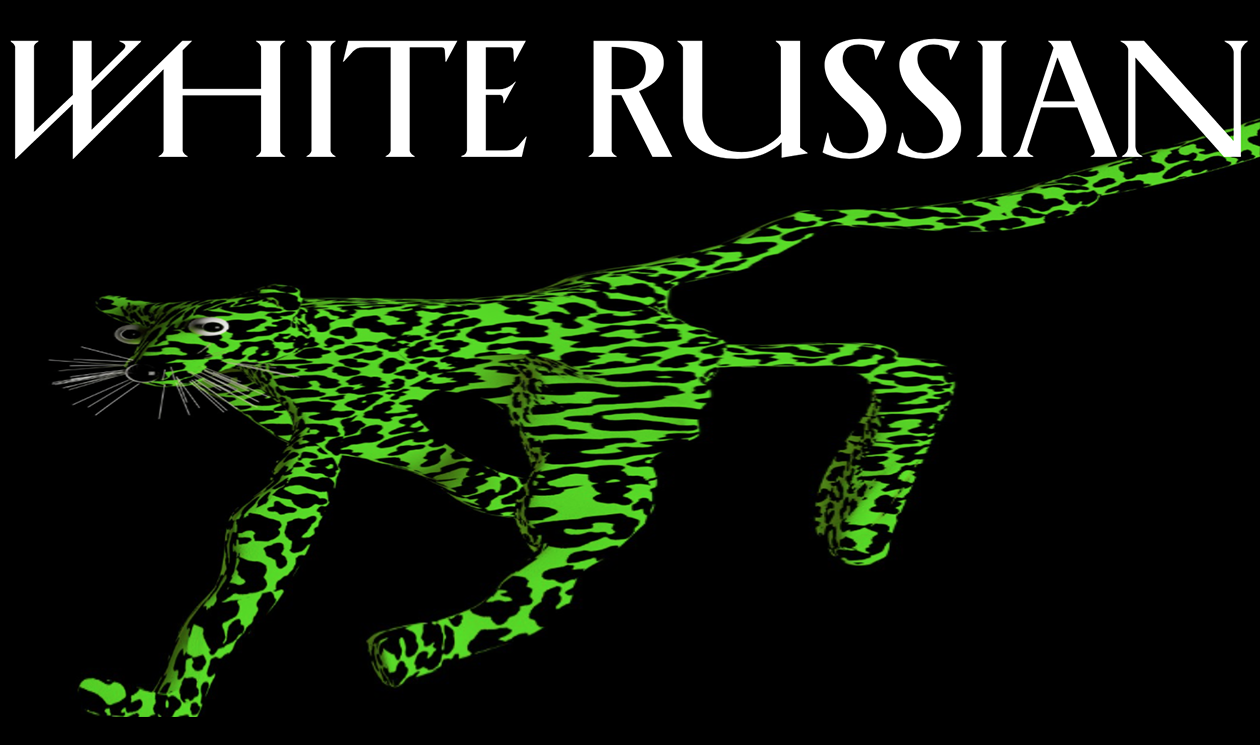