AA
Interface
AA
Outer space is the expanse that exists beyond Earth and between celestial bodies. Outer space is not completely empty—it is a hard vacuum containing a low density of particles, predominantly a plasma of hydrogen and helium, as well as electromagnetic radiation, magnetic fields, neutrinos, dust, and cosmic rays.
AA
The baseline temperature of outer space, as set by the background radiation from the Big Bang, is 2.7 kelvins (−270.45°C; −454.81°F). The plasma between galaxies is thought to account for about half of the baryonic (ordinary) matter in the universe, having a number density of less than one hydrogen atom per cubic metre and a temperature of millions of kelvins. Local concentrations of matter have condensed into stars and galaxies. Studies indicate that 90% of the mass in most galaxies is in an unknown form, called dark matter, which interacts with other matter through gravitational but not electromagnetic forces. Observations suggest that the majority of the mass-energy in the observable universe is dark energy, a type of vacuum energy that is poorly understood. Intergalactic space takes up most of the volume of the universe, but even galaxies and star systems consist almost entirely of empty space.

CoFo Sans Mono is the new member of our CoFo Sans Family. It comes in 4 weights—Regular to Black,—which all share the same width. CoFo Sans Mono retains many of the key characteristics of CoFo Sans, but they’ve all been adapted to fit the demands of a monospaced typeface. You will notice a significant difference in the proportions, sometimes even in the construction of certain letters. Special attention was given to the Cyrillic letterforms, which are a particular challenge in a monospaced width, due to the large amount of wide characters, but we are particularly proud of the balance we managed to achieve in Cyrillic, even in the heavier weights.

CoFo Sans was designed with simplicity in mind and the monospaced version with its rationality, clean forms, industrial feel and a rich character set that includes Latin, Cyrillic, an extensive set of figures and carefully crafted fractions and symbols is no different. CoFo Sans Mono can be used on its own, but it’s also a great addition to CoFo Sans, which is slowly growing into a big family with a diverse set of possible uses. Combined with the full family, CoFo Sans Mono can become a powerful system for complex typesetting. 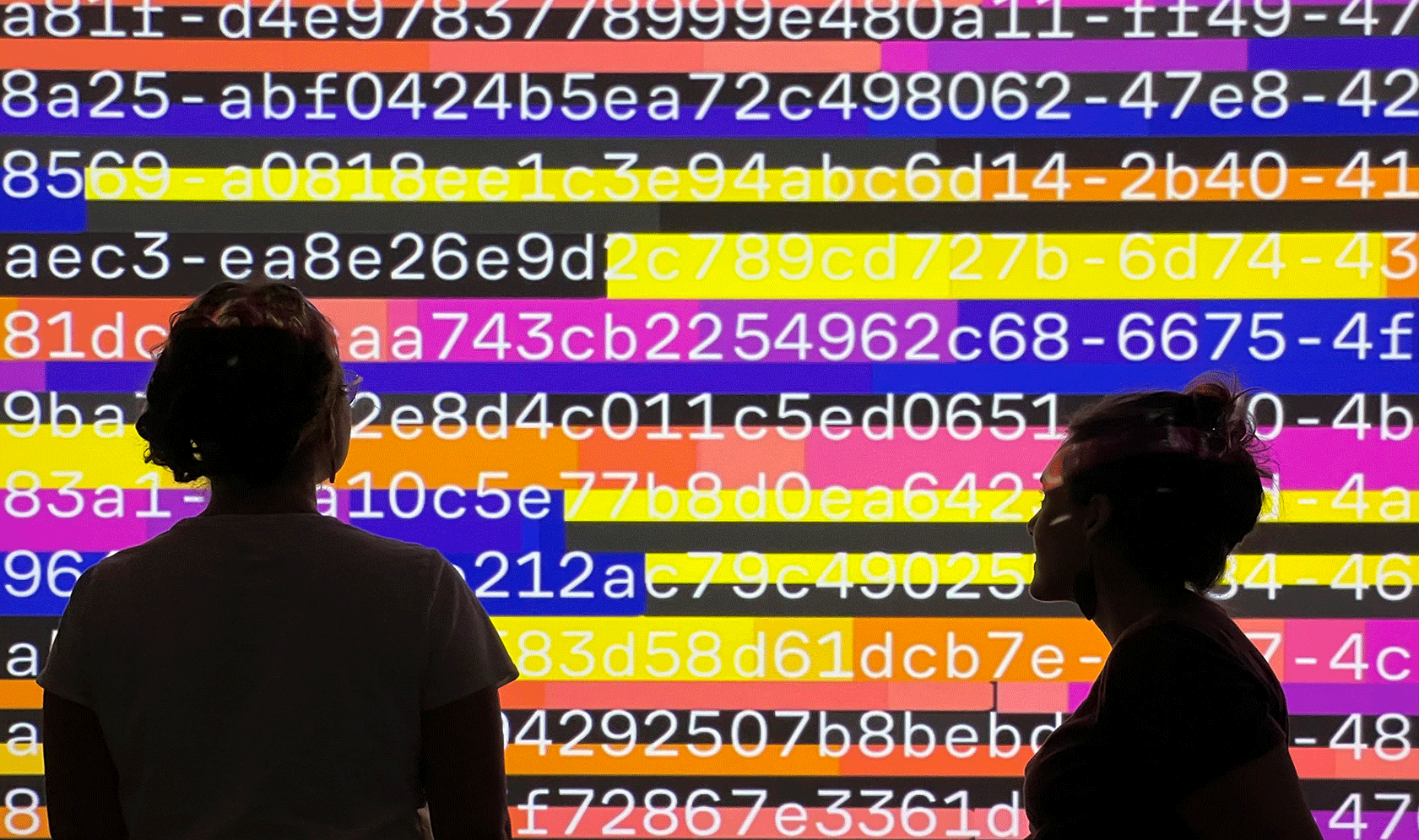 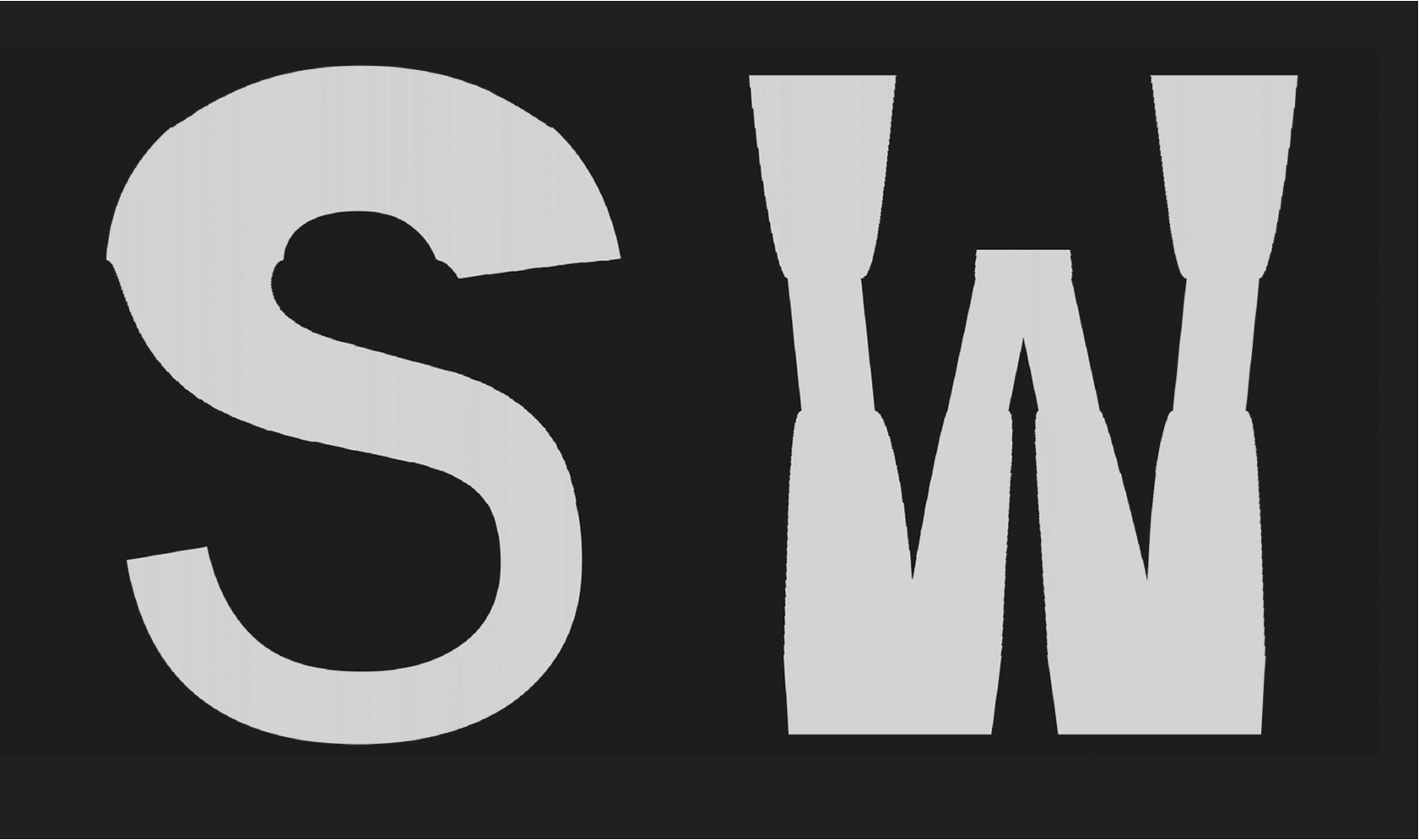 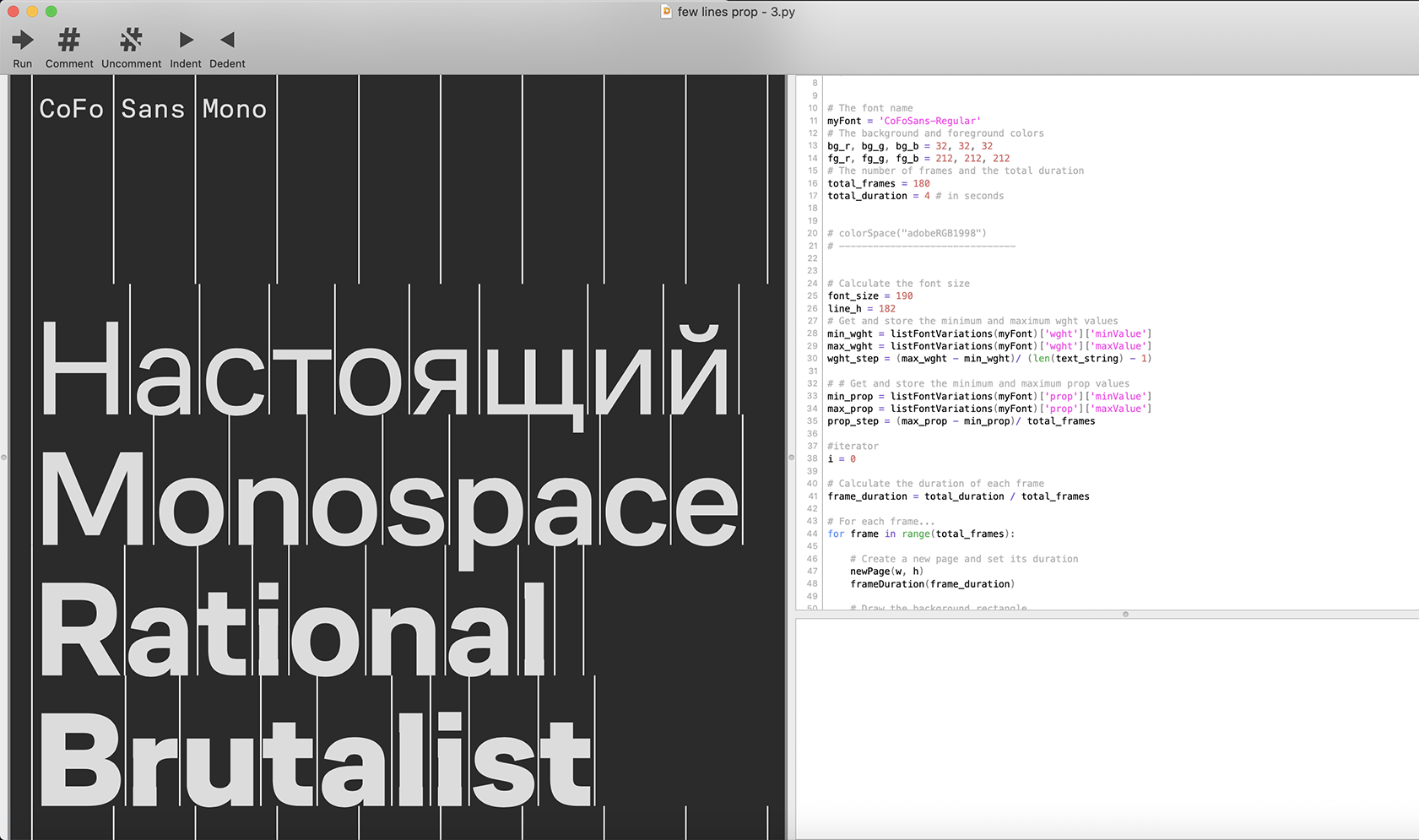 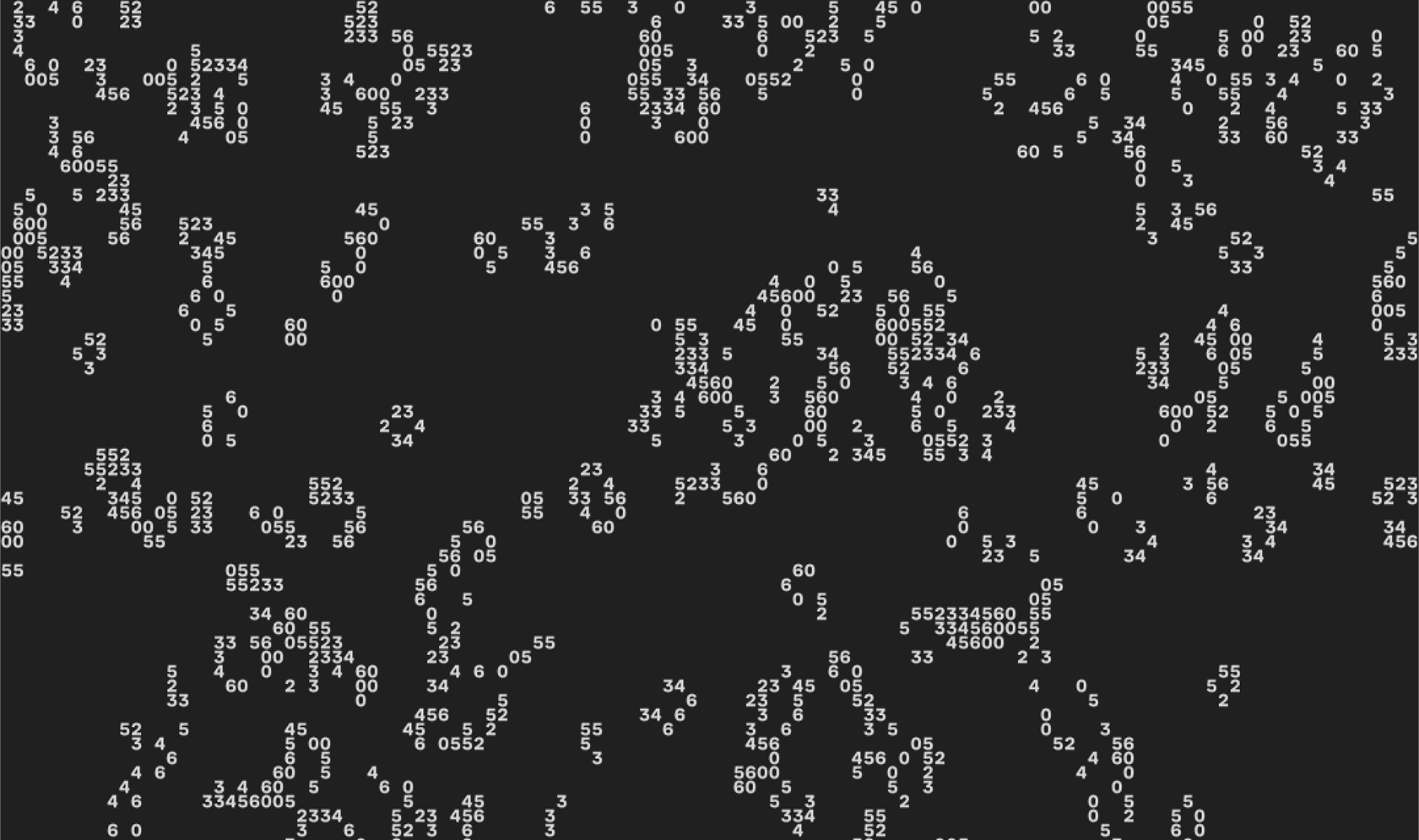 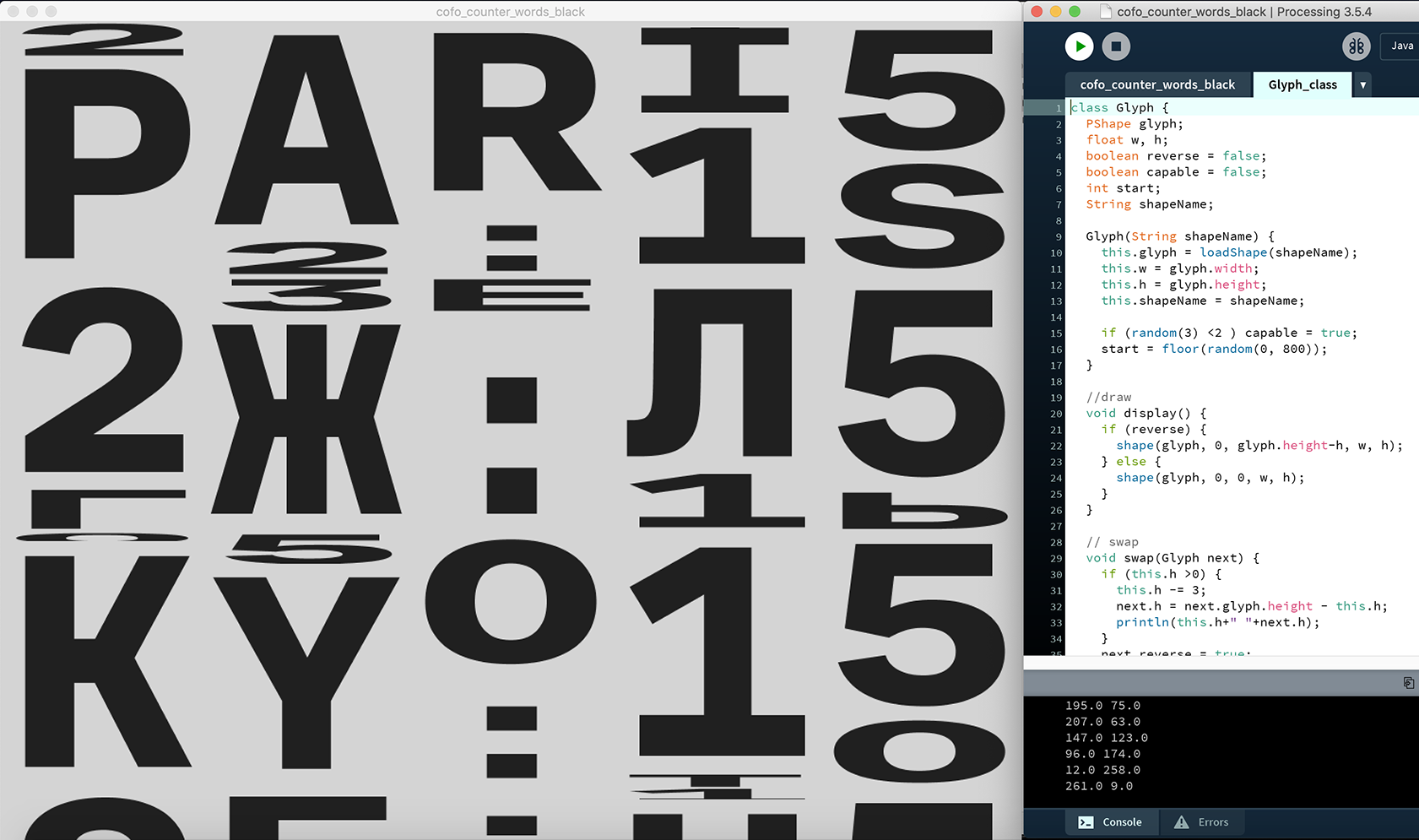 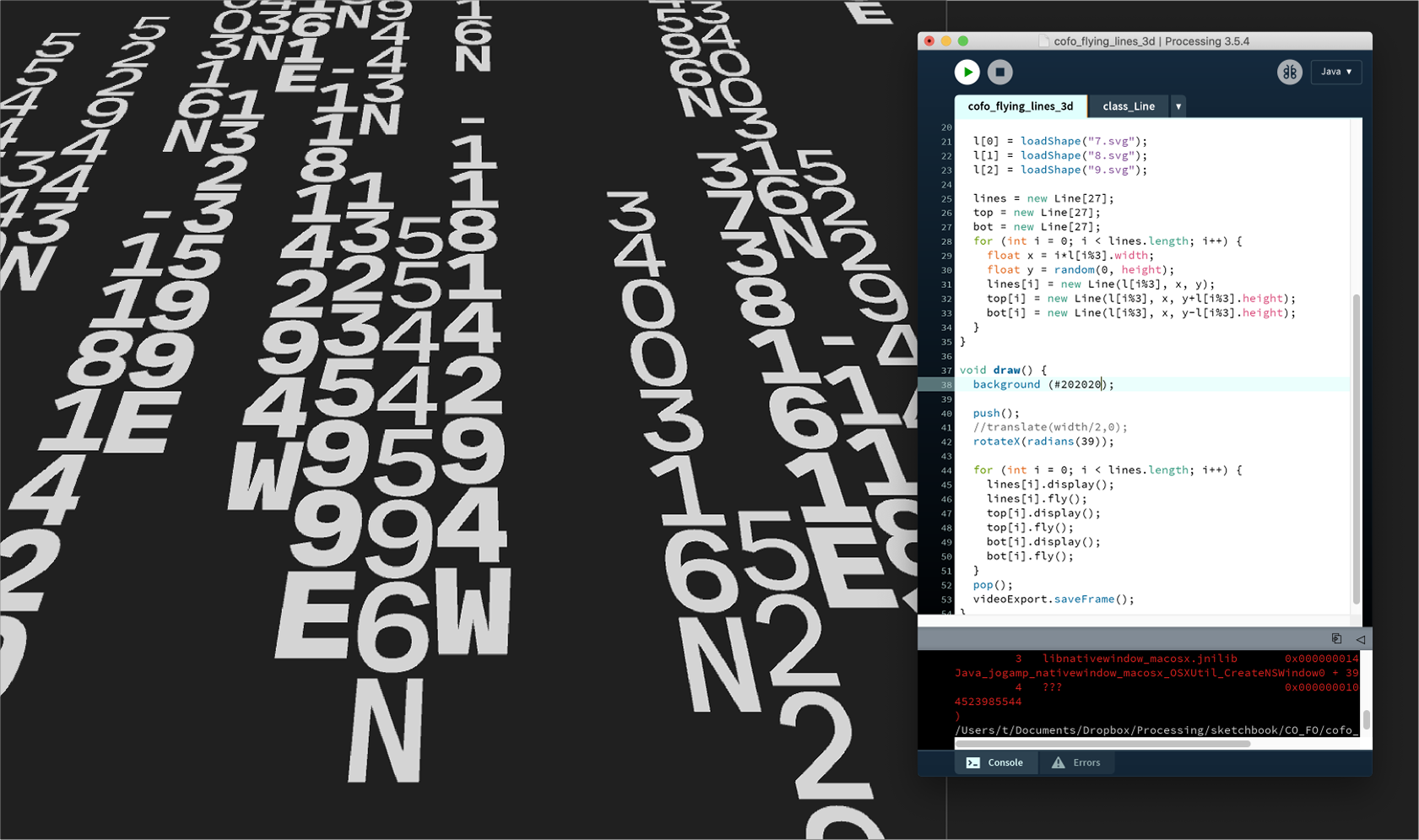